Ladies and gentleman, boys and girls, bipeds and quadrupeds… Step right up… But don’t get too close. No one other than 4th graders are allowed beyond Fallen-Tree-Wall. (The only exceptions are made for their Chiefy-Weefy, Mr. Anderson, and their classroom teacher, Ms. Smith.) Fortville is the project by WSB’s 4th grade Nature Study class. It all started around October 2015. The class found a secluded space in the forest adjacent to the school and started building small forts (and picking up garbage and removing invasive species). Over the last few months we have instituted our own system of government (let’s call it an “inclusive participatory oligarchy with limited gerontocratic guidance”), have established a local currency out of found bits of coal (although bartering and timebanking are still prevalent and encouraged), and have created and signed various legal documents that include deeds, easements, and permits (to stabilize a balance between common and private property and keep our thriving wildcraft restaurants up to health code). This week we came across two box turtles, named Boxie and Boxet, which have now become the official animals of Fortville (species diversity protection legislation is underway). Their Chiefy-Weefy, Mr. Anderson, was hardly prepared for the complexity that has unfolded when he suggested the fort village to the class. He stores all of Fortville’s top secret documents in a vault deep inside Middle Earth. Please savor these rare photographs that document the fusion of freedom, intelligence, and imagination, the way nature intended it: 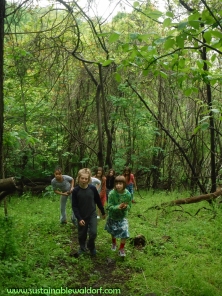 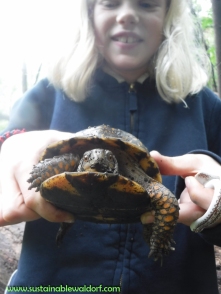 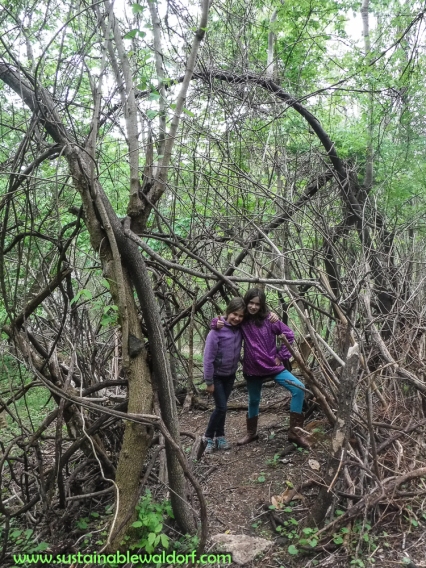 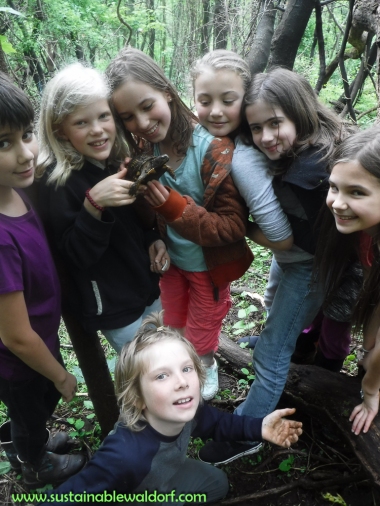 The world will be what they make it.

2 thoughts on “Welcome to Fortville”